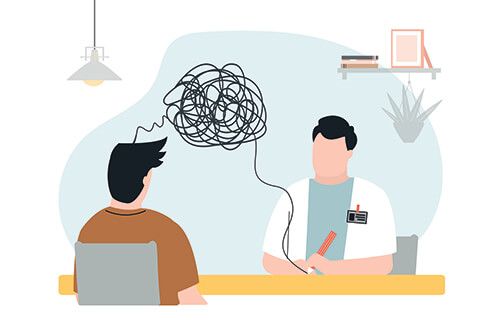 Health is a great blessing that is difficult to compensate for, but we often focus only on our physical health and neglect another important aspect, which is our mental health. Failing to observe the health of our minds can be the cause of several ailments, especially nowadays, as we have become more exposed to psychological pressure due to complexities, increasing demands, and accelerated life pace. Therefore, psychiatry has become a vital and indispensable profession in modern societies.

Psychiatry is a branch of medicine concerned with studying, diagnosing, and treating mental disorders that a person may suffer from due to mental or psychological illness. Although humans have been interested in exploring the human psyche since ancient times, the modern form of psychiatry began to take shape during the 19th century in Europe and the United States. With the change in society’s view of mental illness, psychiatry became one of the most important medical specialties in the second half of the 20th century.

In most countries, governments pay special attention to raising awareness about mental health and encouraging society members to seek help from psychiatrists if needed. Numerous studies prove a strong correlation between the economic performance of countries and the level of mental health of their societies. For example, depression, one of the most prevalent diseases globally, causes substantial financial losses to many countries annually due to its impact on individual productivity.

In his work, a psychiatrist heavily relies on oral sessions, during which he listens carefully to the patient to diagnose his illness. The diagnosis determines the most appropriate treatment, either through more sessions, prescribing specific drugs, or applying appropriate therapeutic methods. The psychiatrist may also ask the patient to undergo more medical tests, such as blood tests or radiographs, to diagnose the disease more accurately.

A psychiatrist differs from a psychologist. The latter focuses on analyzing the psychology and behavior of individuals and societies, which means he is not a doctor. However, he can assess people’s psychological state and contribute to treating their behavior, in most cases through oral sessions, observations, and analyses.

On the other hand, psychiatry is characterized as a broad medical field with various specialties. For example, a psychiatrist may specialize in treating specific psychological issues such as addiction or learning difficulties; target a particular age group, such as children, the elderly, and adolescents; or specialize in treating biological causes of mental illness, such as schizophrenia or bipolar disorder.

Compared to physical diseases, mental illnesses are more difficult to diagnose. To determine the causes of an illness, a psychiatrist needs to be enduring and able to empathize with patients, gain their trust, listen attentively, and talk with them carefully. He also must be always up to date and continue to learn throughout his career.

Becoming a psychiatrist requires studying general medicine, which may take four or five years before specializing in psychiatry.

As with most medical professions, a psychiatrist can work in hospitals and medical centers or open his own clinic after obtaining the necessary licenses. He may also choose to pursue a career in the fields of teaching or research. 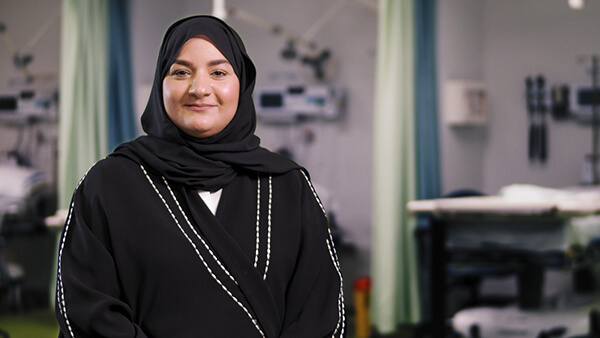 I always wanted to study medicine and become the first doctor in the family. After graduating from the College of Medicine with a bachelor’s degree in medicine and surgery, I spent my internship year at Hamad Medical Corporation, before working in the Psychiatry Department at Hamad Hospital for four years. Later, I obtained a scholarship from The Higher Education Institute and Hamad Hospital and decided to do my specialization in Germany. I joined the Department of Neuroscience at the University of Heidelberg Medical School, one of the world’s most prestigious and oldest universities. Every year, students from all over the world join the university to study medicine, and over the past decades, many of its graduates were among the Nobel Prize winners in different fields.

It was a challenging experience, but thank God, I overcame the challenges thanks to my family’s support. One of the biggest challenges was learning the German language to a level that allowed me to study and work there. I worked hard for ten months and mastered the language to pass the required exams and join the university. The support of the Medical Education Section at the Department of Healthcare Professions in the Ministry of Public Health was also crucial in helping me overcome many challenges.

During my studies, I trained at Vivantes Hospital in Berlin, one of the largest hospitals in Germany. It was an invaluable experience. I also obtained a German Board Certification in Psychiatry and Psychotherapy, in addition to an associate degree in Post-Traumatic Stress Disorder (PTSD), which is a rare specialization. I am currently working in the Department of Psychiatry at Hamad Medical Hospital as a consultant psychiatrist and specialist in cognitive behavioral therapy. This allows me to treat patients using medicines or through psychoanalysis sessions and cognitive behavioral therapy.

To succeed and excel in your work, you must love it. I think this is one of the most important reasons for my success in psychiatry. I still work with the same energy and enthusiasm that I had when I started my career more than 20 years ago.  Studying medical specialties takes longer than learning any other non-medical field. Nevertheless, when you graduate, you will feel proud that you have become a doctor who can help people. Choosing this track allowed me to serve my country. I feel very proud.

A psychiatrist’s relationship with the patient should be based on trust, mutual respect, and complete confidentiality. Each patient is a particular case that requires attention. The focus should remain on helping patients know the causes of the illness, whether psychological or mental, and exploit their potential and abilities to reach a state of psychological balance. Depending on a psychiatric or mental illness diagnosis, the appropriate treatment is determined for each patient, which may be through medication, psychotherapy, or other approved methods.

Like any other profession, psychiatrists are exposed to pressures during work, but what they studied in psychology will help them deal with such pressures.

The COVID-19 crisis has increased the burden on the Psychiatry Department due to the increase in conditions, such as anxiety, insomnia, stress, and depression, as a result of the sudden change in daily lives. Since patients could not visit hospitals at the beginning of the crisis, we offered psychological counseling services over the phone, 14 hours a day, to provide the necessary psychological support. It was not an easy experience, but we overcame the challenges thanks to the whole team’s cooperation and the country’s dedicated efforts.

This crisis has highlighted the urgent need to have more doctors in various specialties, prompting many young people to consider learning medicine. It is a positive trend, and I encourage Qatari students to pursue a medical career path, as there is a growing need for specialists in Qatar’s medical institutions. Medicine is a noble profession and parents should instill in their children the love of studying medicine at a young age, thus raising generations who love science and medicine.