The Career Development Center is based in KidZania’s interactive city for children, and is aimed to empower children, between the ages of 4 and 14, in enabling them to identify career options that align with their interests and abilities.

“It is important that we instill a culture of career guidance among children from an early age so that they grow up aware of their potential and future career orientations,” said Mr. Abdulla Al-Mansoori, Director, QCDC.

“This cooperation with KidZania Doha lies at the heart of Qatar Foundation’s efforts to promote a culture of career guidance among members of the community, in partnership with those contributing to the achievement of these goals for the benefit of the Qatari youth,” he added.

The center will host career-related events that include educating children on how to write and print CVs in line with their career interests and aspirations. 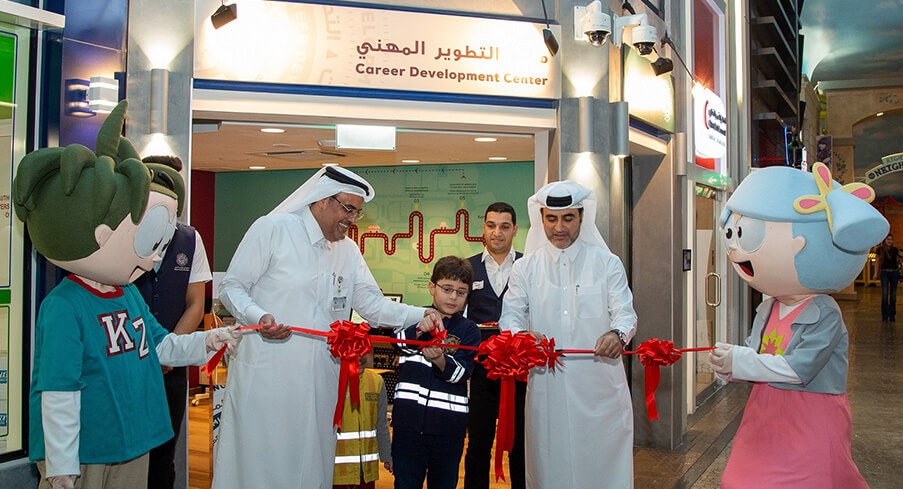 “Our partnership with QCDC is an important addition to KidZania Doha and contributes to advancing its mission of developing children’s ambitions,” said Mr. Khalid Ali Al-Mawlawi, Board Member of Qatar Entertainment (Tasali).

“Promoting awareness of a professional work culture to help children identify their orientations and hone their skills in line with their abilities through role-playing is what KidZania is offering in an interesting educational context,” he added.

KidZania Doha opened its doors on April 30, 2019, providing a unique educational and entertainment experience with 42 establishments. Children aged between 4 -14 years old are able to role play ‘adult jobs’ in up to 60 pretend roles, learning a variety of values, including self-reliance, teamwork, honesty, integrity, and giving back to society.