The challenges facing students in choosing their academic and career goals 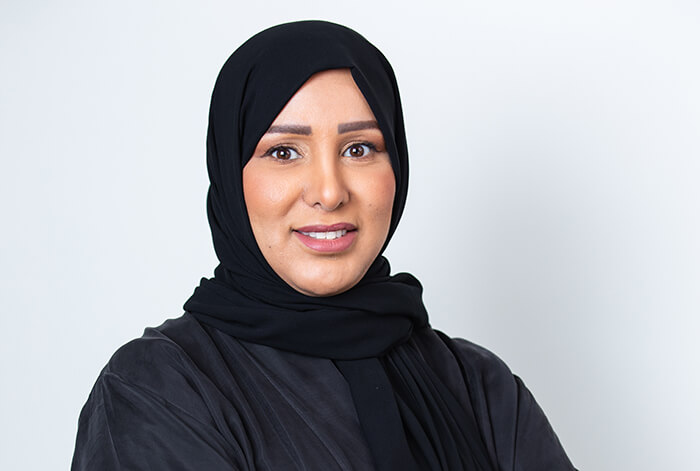 Dr. Hamda Hamad Al-Nuaimi, Senior Specialist of Professional Programs and Services at QF member Qatar Career Development Center, on her research which identifies the pressures that Qatari youth can encounter in identifying their professional path.

When I was a Grade 8 student, my math teacher was the role model of the young Qatari woman I aspired to be like; she was educated, intelligent, hardworking, and loved her work. I decided then to be a math teacher.

I was determined, I believed in my decision, and I achieved my dream. Despite all the opportunities that I had after I graduated from high school, when I obtained a score that qualified me to join a medical school or perhaps a computer science degree, I knew my goal well, and believed in what I needed to do to reach it.

After a period of time teaching in high school, I spoke to a lot of female students who could not define their goals or their future career destination. I was surprised because, along with my work as an academic advisor in independent schools, I met many students who did not know how to determine the universities and majors that best suit them. They were not aware of what they wanted to achieve in life.

This made me decide to examine the causes of this issue at a university research level, and I was accepted for a PhD study at the University of Reading in the UK. The subject of my dissertation was how Grade 12 Qatari students take their educational and professional decisions, and which factors affect their choices. The study was based on information derived from the use of a mixed curriculum – quantitative and qualitative – of study for a year in two independent secondary schools in Qatar, one for girls and another for boys.

I chose schools according to a specific criterion. They both included the largest number of Qatari students enrolled in Grade 12 in the year of my data collection. While the quantitative data was extracted from a survey answered by 308 Qatari students (185 female and 123 male), I obtained the qualitative data by interviewing 21 Qatari students twice (11 female and 10 male students). The first round of interviews took place in the second term of their twelfth grade, and the second round of interviews took place after students had graduated from their secondary school.

Through this study, it was concluded that fathers and older friends are the two biggest influences on students’ educational and professional decisions. The study also shed light on the central role of the father in the student’s decision-making process, because the “supportive and non-controlling” father provides a positive environment for the student to choose their university major in line with their ambitions and inclinations.

The study also found that pressure caused by a student’s father is the most prominent factor in the case of Qatari students who are unable to make, or hesitant in making, their decision about their professional path. Accordingly, the study recommended that fathers and older friends be included in schools’ career orientation programs.

My doctoral dissertation also dealt with the impact of intense social pressure on male students; a pressure that contradicts with their independence in making their professional decisions and forces them unconsciously to make a career decision in line with the logic of power. The study suggested a review of the career counseling programs offered to students in schools.

I also made a number of other recommendations through this study, the most important of which is that fathers in Qatari families should be educated about their central, indispensable, and critical role in the educational and professional choices of their children – girls and boys). That is why they must, in the interests of their children, be supportive of their educational and professional decisions, regardless of any family obligations.

The primary role of the father is to shatter the glass ceiling of cultural and social beliefs that restrict and limit a student’s freedom to make their own professional and educational decisions. It was clear from the research sample that the pressure of the father, or his absence in the process, is a major reason that prevents the student from making a clear professional decision. The research also concluded that, in the case of male children, the pressure of the father is directed upwards, demanding their son aspire higher than what he may be able to achieve, but in the case of daughters, this pressure is directed downwards and may restrict a girl to cultural and social criteria that limit her aspirations and her scope to make her decision on  professional paths.

I feel it is necessary to educate some Qatari fathers about the need not to push their male children to achieve aspirations that exceed their capabilities, or to burden them with family obligations at an early age, because this affects their freedom to make appropriate career decisions – even if these career decisions do not necessarily meet the aspirations of the parents. At the same time, Qatari fathers should be made aware of the need not to discourage their daughters’ aspirations under the pretext of cultural and social factors. Such pressure conflicts with the freedom of the student, male or female, to choose their educational and professional paths.

The study called for the launch of separate awareness-raising campaigns for fathers of male and female students, because the message differs from one category to another. Secondary schools for girls and boys could be the ideal place to launch such campaigns. The basic idea of awareness campaigns should be to free Qatari youth, and male youth in particular, from obligations that may create a psychological obstacle which forces them to make choices about professional paths that are consistent with the logic of power, and career choices that conflict with the freedom of choice about such paths. Therefore, it is necessary to create a roadmap for changing tribal identity into a national identity in order to reach individualism.

Among the ideas called for in the study is the presentation of professional models outside the scope of traditional professions for both females and males, in addition to conducting training workshops for students on methods and approaches for decision-making, enhancing self-confidence, and the importance of building and maintaining social relationships to form social capital. Instead of focusing on high-achieving students who generally belong to supportive families, schools should reach out to students who are in dire need of career guidance, such as struggling students, those who are first child in the family, and other groups who lack self-confidence.

The recommendations of the doctoral dissertation also include the need to review the career guidance provided to students in independent secondary schools, and the need to take advantage of social media applications, which are widespread among both students and parents, in providing access to information about scholarships, professions, and market needs.

In choosing their academic and professional paths, I wish all students in Qatar success in choosing what is best for them, what is good for their families, and what is for the benefit of Qatar.