Buthaina Al-Janahi – The Power of Writing 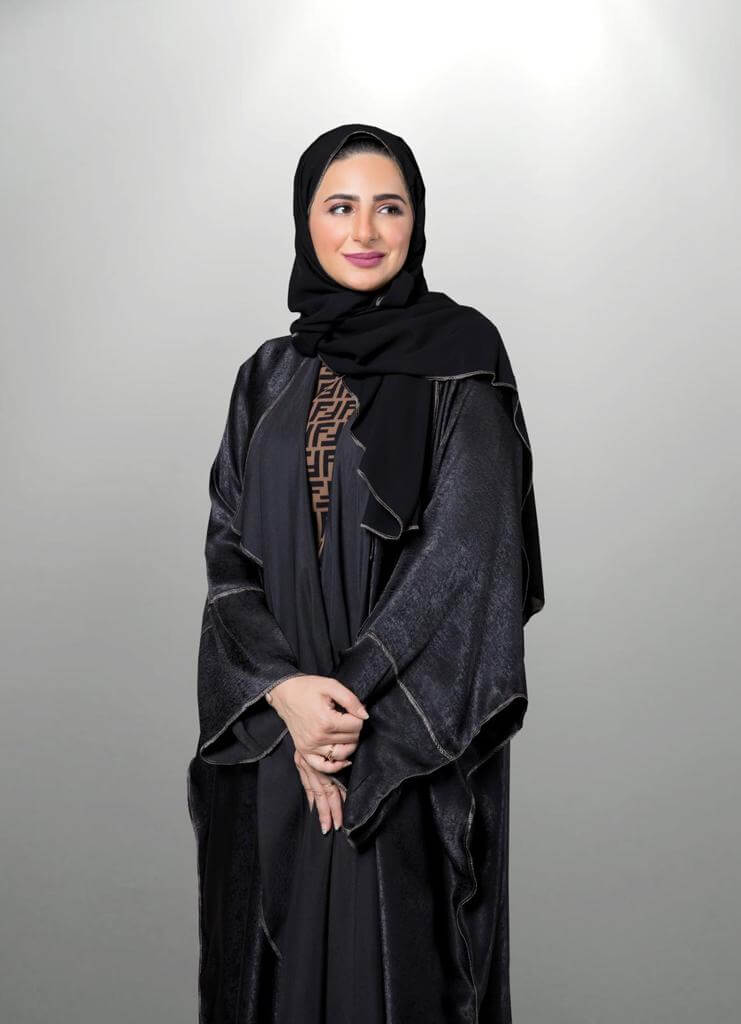 The cultural scene in Qatar is witnessing a boom thanks to the state’s support for innovators in various creative fields. Hardly a week goes by without a cultural event or an art exhibition being held in Doha. In adding cultural edifices like Qatar National Library and the National Museum of Qatar to the scene, the state fosters greater interest, knowledge, and creativity among the youth in Qatar.
Creative writing is one such art that has remarkably flourished in recent years as a result of the support of the Ministry of Culture and Sports, which has been tirelessly promoting it through its cultural and artistic centers across the country. The ministry’s efforts have greatly contributed to the emergence of a generation of young Qataris excelling in this field through various creative platforms that celebrate books, and events such as the Katara Prize for Arabic Novel.
One recent example is the “Qalam Hebr” project for creative writing, founded by Qatari writer Buthaina Al-Janahi in 2018. It aims to help young generations develop their creative writing skills through courses and workshops offered by experienced and well-known writers.
We had the privilege of meeting the Qatari writer who spoke to us about her project, the reasons that prompted her to launch it, and her view of writing as a profession. She also offered some valuable advice to young people who want to improve their writing skills or who are interested in pursuing a career in writing.
Qalam Hebr is a unique, unconventional initiative and a profit-oriented project. Al-Janahi was confident about establishing it after years of experience as a writer for the Al Arab newspaper, during which she carefully studied the local cultural landscape. “Qalam Hebr was established to fill the huge gap between seasoned writers and young ones. I believe this is mainly due to the fact that young people feared receiving criticism from their seasoned counterparts on things like poor Arabic vocabulary and weak writing style,” says Al-Janahi.
“I wondered why there weren’t any initiatives to bring the two groups closer together. It then became clear to me that the classic literary platforms currently present in the Qatari cultural scene do not attract enough young people. Therefore, I worked on establishing a youth platform that organizes various activities and events to bridge the gap between seasoned and young writers. The aim is to foster amity and communication in an attractive and modern setting,” she adds.
Although Qalam Hebr has gained popularity among young people within a short span of time, Al Janahi believes that it is too early to establish results. “Our goal is to contribute to the development of creative writing in Qatar and strengthen cooperation with the relevant authorities. There is a large segment of young people who are thirsty to explore this literary field. We aspire to help them develop their talent while attracting more seasoned writers. The project is still young, and we have a lot of work to do,” she explains.
Skill or Talent
Al-Janahi had not discovered her talent for writing until she joined university, where she started as an engineering student before deciding to join the College of Arts and Sciences at Qatar University, majoring in International Affairs. “It was then that I started developing my writing skills, especially after I had become acquainted with a wide range of prominent thinkers and intellectuals whose views greatly inspired me. I greatly benefited from the increased freedom of thinking and expression inherent on campus, and I believe writing chose me. It gave voice to my silent innermost feelings and a purpose not limited to the five senses,” she says.
She believes that writing is a blend of acquired skills and talent, in which the writer’s personality stands out. She has advice for those seeking to develop their writing skills: “Reading is the basis of becoming a good writer. If we are poor readers, we will be poor writers. Read a variety of books in different disciplines and subjects and learn new terms. Look up the meanings of words, learn from your previous mistakes, and avoid repeating them in the future. This will hone your writing skills. Treat books as your companions and set aside time for daily reading. Don’t just read posts on social media.”
Writing as a profession
As for taking up writing as a profession, Al-Janahi believes that at present, it is only possible if the writer is working in a field such as TV, media, and journalism, because relying solely on sales of books as a source of livelihood is still difficult in the Arab world compared to the West.
She offers the following advice to anyone who wishes to achieve success in the field of literary writing: “Write constantly. Only then will you be able to hone your writing skills and get to know the quality of your readers and the subjects in which your strength lies.”
She believes that it is natural to be influenced by other writers at the beginning of your career. “It is natural for you to be affected by the style of other writers, but what matters is for your plot to be different. Time and experience will teach you how to build your own plot.”
Many young writers may feel discouraged or even quit writing if their first works do not garner the success they hoped, and to those writers Al Janahi says: “If you want to be a successful writer, you must not set a limit to your ambitions. You have to be smart and aware of the difference between negative opinions and constructive criticism. Negative opinions should not be taken seriously, but you have to accept constructive criticism because it assists you in improving your work. The decision is yours, and in both cases, you should not give up.”